Olivia’s Going to be a Big Sister!

Olivia is going to be a big sister, July 2012. She had a blast telling the family on Christmas. Kristin and I are so blessed!

2016 Update:The funny thing about the internet is you never know what will catch on and go viral. This video we posted in 2011 did to some extent as we are on track to hit 1 million views on YouTube. Also, clips from this video have been licensed by a billion-dollar corporation and used in a video for a major theme park attraction. So funny.

How We Knew: Darren and Kristin’s Story 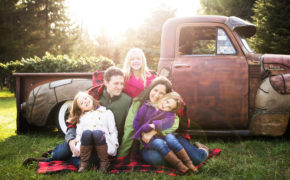